You are part of the way there already!

If you're a private pilot who would like to transition to powered parachutes or just pick it up as an additional privilege at the sport pilot level, you're already in very good shape. The FAA recognizes the work you've already done to become a pilot and does not expect any given amount of time for you to train in powered parachutes before you are able to get your sport pilot endorsement. However, they are concerned that you do achieve the same standards that others do. That means some amount of training on the equipment you intend to fly.

If you want to get an additional private pilot rating for powered parachutes, there will be a little more work involved. You will not need to take a knowledge test again, but you will have to get all of the dual training hours (including night dual training hours), just like someone starting out.

Like anyone else, if a pilot pilot wants to fly a single seat, 254 lb. or less empty weight, 5 gallon or less fuel capacity powered parachute, there are no regulatory requirements for training. The prudent pilot certainly seeks out some training since there are basic differences in the category from other types of flying. However, the amount of training required is determined by the pilot and not by the regulations.

The regulations provide for a specific powered parachute private pilot rating. Easy Flight is one of the very few places in the country where you can receive the appropriate training and sign-offs for that. The rules for a private pilot picking up the additional rating are very similar to someone starting out in aviation. The one big exception is that you do not have to take the Powered Parachute Private Pilot Knowledge Test like someone without a rating would have to. That aside, the requirements are the same.

**Note: The night flight dual instruction is mandatory if you want to fly at night in a powered parachute. It does not matter how many hours you have flown at night as pilot of airplanes or helicopters. Since you are moving to another category, the dual flight training requirements have to be met. Now, if you don't want to fly at night, there is an exception that will allow you to get a private pilot powered parachute rating without flying at night. If you do that, then you will be issued a certificate with “Night flying prohibited”. This limitation may be removed by an examiner if the holder complies with the requirements of §61.109(i)(2), which is the regulation requiring night training for a powered parachute. 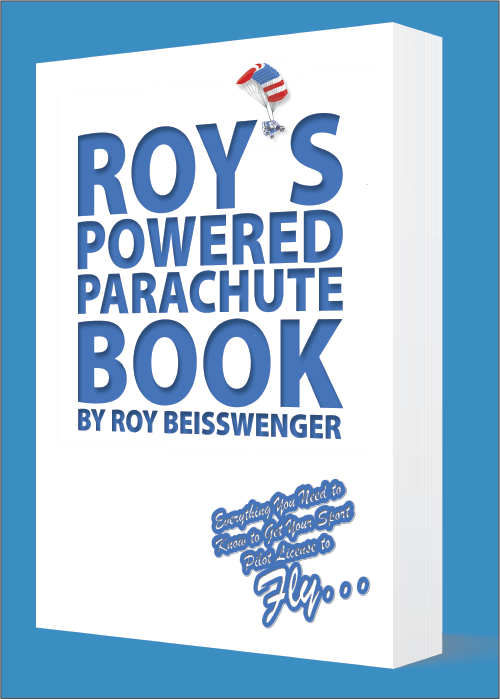